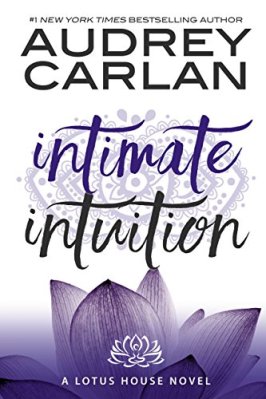 Silas McKnight is the owner of multi-million-dollar musical production company Knight & Day Productions. He’s rich, attractive, and loyal to his core. He’s the man every woman wants but none can have. He’s suffered immeasurable loss, and he doesn’t plan on ever going through that hell again.
Dara Jackson, the quirky, stunning meditation teacher at Lotus House Yoga, is also the owner of Sunflower Bakery. She’s always dreamed of being a baker―and a mother. Having grown up an orphan, Dara knows what being alone and feeling unwanted is like.
Silas and Dara meet one fated night and spend a single evening worshiping each other’s bodies. All is beautiful until Dara discovers a secret and disappears before the sheets are even cold. Except Dara and Silas can’t escape one another. Destiny has spoken, and these two are about to become far more intimate than they ever thought possible. 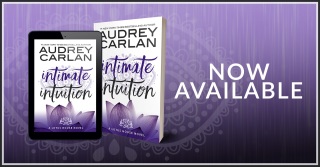 Audrey Carlan is a #1 New York Times and International bestselling author. Her titles have appeared on USA Today and the Wall Street Journal. Audrey writes wicked hot love stories that have been translated in over thirty different languages across the globe. She is best known for the world-wide bestselling series Calendar Girl and Trinity.
She lives in the California Valley where she enjoys her two children and the love of her life. When she’s not writing, you can find her teaching yoga, sipping wine with her “soul sisters,” or with her nose stuck in a steamy romance novel.
Facebook
Twitter

To be honest, I read this book twice before writing my review. The first time was just for the sheer enjoyment of Silas and Dara. The second time was to analyze the book a bit more and determine what I loved so much about it. Even after my second read, I still can’t pinpoint just one reason why I loved this book so much. Rather, I realized it was the combination of many factors that made this such an excellent read. Audrey Carlan has taken a common plot, the one-night stand resulting in a baby, and execute it in a perfect and believable manner.

Silas and Dara have mutual friends, characters from the previous Lotus House books. When they’re first introduced, sparks fly and they have an one-night stand. However, a misunderstanding leads to Dara leaving the next morning and then discovering a few weeks later that she’s pregnant. While the misunderstanding with Silas quickly gets cleared up, the trauma of his past, which caused the misunderstanding, lingers. Despite that, when he learns about the pregnancy, Silas throws his all into a relationship with Dara. This book is both heartbreaking and heartwarming. Dara is an awesome heroine, fiery and just yoga calm and a baker to boot. However, Silas really takes the cake (see what I did there). His past is traumatic but when he learns about the baby, he works to overcome that past and be supportive for Dara and his future child.  He’s complex and fleshed-out and totally heartbreaking and a believable hero all in one.

What I especially enjoyed about this book was the lack of drama. I’ll admit, most of my love for the baby trope in romance comes from how drama-filled the books are. However, in Intimate Intuition, Audrey Carlan takes a more realistic approach. Sure, there’s a little drama with the misunderstanding in the beginning and with Silas’ family later. For the most part though, the relationship between Dara and Silas is immensely healthy and supportive. They both decide that they’re all in for this baby and for making a relationship between them work. Sure, they have issues to overcome but they address them in adult and logical ways. It’s actually comforting to watch their relationship play out. The love that grows is of course passionate (Audrey Carlan is a queen at steamy scenes) but more than that, it’s strong and binding and steady. I loved this book because of the pure beauty of their relationship. Sure, circumstance jumped-started that relationship but it became so binding and beautiful that only outside forces could threaten it. They face issues together and the roots of their love grow so strong and sure that the reader truly believes that nothing can sever them.