She’s got probable cause to make her move . . .

Danika Silva can’t stand Lt. Greer Burns. Her roommate’s older brother may be sexy as hell, but he’s also a cold, unfeeling robot. She just wants to graduate and forget about her scowling superior. But when a dangerous mistake lands Danika on probation—under Greer’s watch—she’s forced to interact with the big, hulking jerk. Call him daily to check in? Done. Ride shotgun in his cruiser every night? Done. Try not to climb into his giant, muscular lap and kiss him? Umm…

Greer doesn’t let anything—or anyone—distract him from the job. Except lately, all he can think about is Danika. He’s wanted the beautiful, cocky recruit since the moment he saw her. But she’s reckless and unpredictable, and Greer is painfully aware of what can happen when an officer doesn’t follow the rules. Probation seemed like a good idea, but now Danika’s scent is in his car and he’s replayed her voicemails twenty times. Christ, he’s a goner.

Danika’s melting Greer’s stone-cold exterior one ride-along at a time. Being together could have serious consequences… but breaking a few rules never hurt anybody, right? 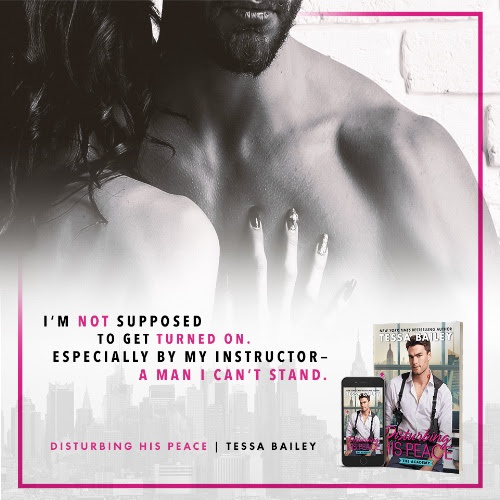 In case you haven’t been following my reviews, I adore Tessa Bailey. She’s absolutely one of the best romance writers I’ve read and I love everything she writes! She’s also the queen of dirty talking heroes and Greer is my new favorite! Side note, it’s weird to be typing “Greer” and referring to the hero. I just read American King by Sierra Simone and Greer was the heroine’s name.  Disturbing His Peace is the last book in Tessa’s The Academy Series which follows three friends as they finish the NYPD police academy. This book has one of my favorite plots, the teacher and the student. Or in this case, the serious instructor and the vivacious future cop!

Like in all of Tessa’s books, the chemistry between the main characters is scorching! Greer and Danika have been circling each other since the first book and it was so satisfying when they gave into their attraction! What I loved most about this story is how relatable Danika is. She ends up assuming the problems of her family and being the person that handles everything. Even when she makes mistakes, some of which cause problems in her relationship with Greer, they are relatable and mistakes that I would make myself. She is a competent and self-assured woman and yet can still be vulnerable with Greer.

Greer. Oh, Greer. You’re not Elijah level in my list of Tessa dream heroes but you’re pretty damn close. What can I say, I have a huge soft spot for the silent and solemn heroes. He fights his attraction to Danika so hard and yes, is an ass at times. But he totally makes up for it by loving and supporting her. His biggest fear is losing those close to him and Danika being a cop terrifies him. However, he still supports her dream and wants her to be the best cop possible. Behind his brooding demeanor is a dirty talking, ass-slapping hero and Danika is his perfect fit. Plus, who can’t help but love a cop who organized a book club for officers in therapy?

I’m sad that this series ended but Danika and Greer’s story was the perfect finish. I loved watching the sparks fly between them in the early books and when they finally got together, it was just so satisfying!

In honor of Greer and Danika, I’m giving away one kindle copy of Disturbing His Peace! Please enter on the link below! 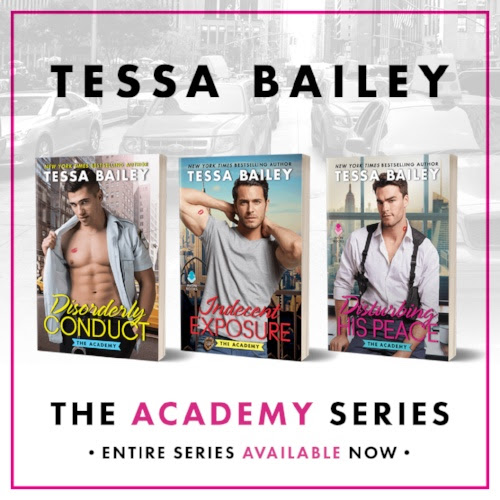