My Life in Shambles

My Life in Shambles by Karina Halle 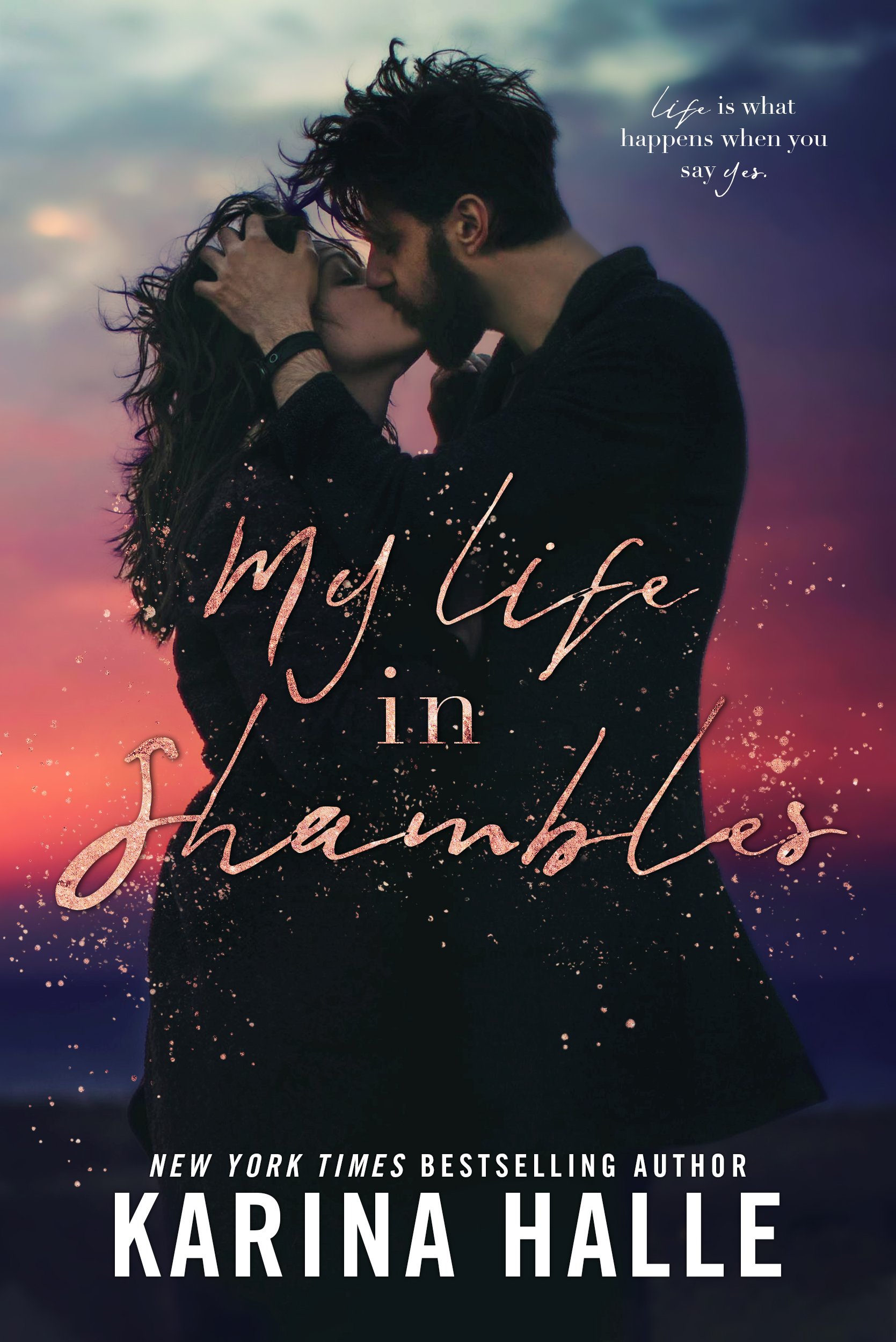 My Life in Shambles, a full-length contemporary standalone romance by Karina Halle.

When Valerie Stephens made the resolution to say yes to new adventures, she never thought she’d end up in the tiny town of Shambles, fake engaged to one of Ireland’s top rugby players. But there’s a first time for everything.

After my boyfriend broke off our engagement, and I lost my apartment, and was laid off from my job, I can more than attest to that.

They also say life happens when you say yes to new adventures.

So when my two sisters invited me to ring in the new year in Ireland, I decided to throw all caution to the wind and go for it. I was going to let “saying yes” be my new resolution.

Little did I know I’d spend New Year’s Eve having a hot and dirty one-night stand with Padraig McCarthy, one hell of a sexy Irishman. I also didn’t know that the brooding and intense sex god was one of Ireland’s top rugby players.

A rugby player with a proposition for me:

Come with him to his tiny hometown of Shambles and pretend to be his fiancé for a few days, just so that his ailing father can have some peace of mind.

It was anything but.

Not when a town gets up in your business, not when the media hunts you down, not when your past comes back in the picture, not when there are real hearts and feelings at stake.

Not when there are secrets that could break you.

They say life is what happens when you say yes to new adventures.

This is my life in Shambles.

Download your copy today or read FREE in Kindle Unlimited! 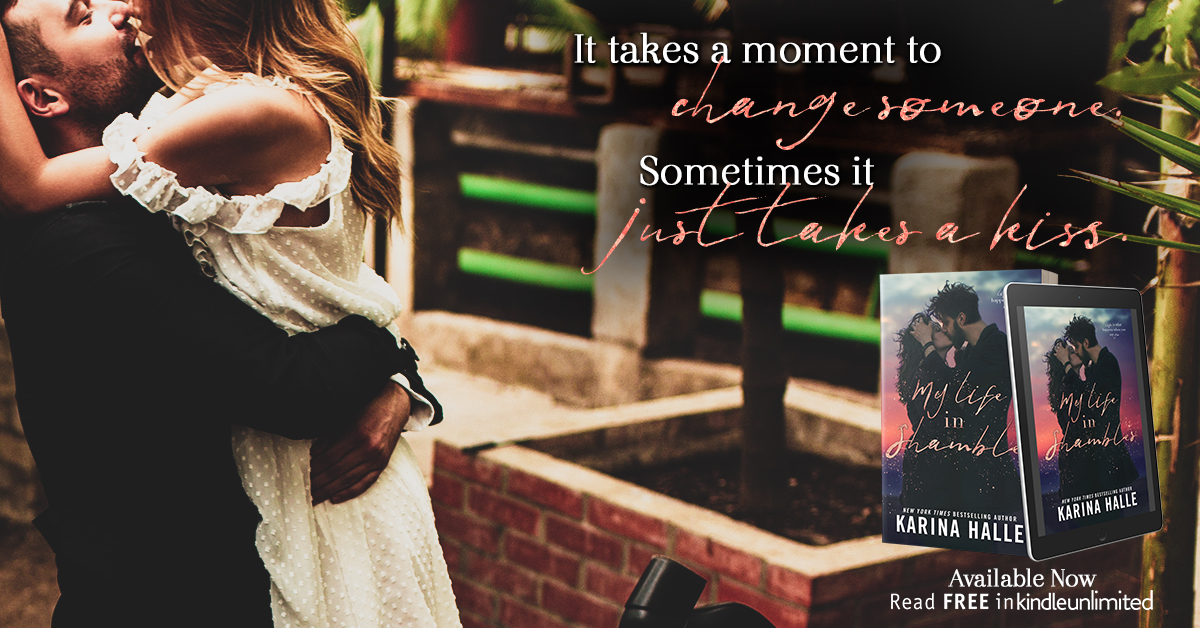 The rest of the evening starts to pass by in a bit of a blur. The food comes, and suddenly I’ve never been so hungry in my life. I don’t even pull any of that dainty eating nonsense, you know the type you do on a first date with someone, all tiny nibbles and delicate wiping of the mouth with a napkin. No, I fill my damn mouth with food, dumplings and spicy meats and rice. I eat with abandon, like there’s no tomorrow. Padraig does the same. It’s freeing. It’s funny. I keep making orgasm noises over it all and he keeps laughing, and we eat and eat, even feeding each other won tons at one point with shaky chopstick skills. Honestly, there’s never been anything sexier. When we’re finally finished, we’re both full, more drunk than before, and a little greasy. I try to pay the bill but he insists (although I don’t even think they charged him for anything), and then as we leave the restaurant he grabs my hand. I’m not a small-boned girl, but with his hand over mine, I feel like I’ve been reverted back to the hapless woman being led by an alpha caveman and I don’t mind one bit. The fact that his palm is warm in this snowy weather with the skin-to-skin contact sends consistent shivers down my back. We stroll down the streets and I almost slip a few times, my bad balance combined with the snow making for a dicey situation. But each time Padraig grabs me and keeps me upright, and I have to admit, it’s kind of fun to be constantly falling into him. It’s like having a wall of bricks for support, if that wall of bricks was shaped like a rugby god. I have no idea where we’re going. All I know is that it’s not even midnight yet. He takes me to a bar and then a club, both of which are packed to the doors and have crazy long lines, both of which we bypass with ease because he’s Padraig McCarthy. I’m not one for dancing and Padraig doesn’t strike me as the type either, but there’s something about the deep bass beats in this place, and the free-flowing champagne, courtesy of the club, that has us falling into a rhythm together. At first we’re dancing apart but it’s not long before the inches between us close. The heat from his body and mine brews, and the electricity is flowing in sparks and jumps, moving to the erotic pulse of the music, mixed with the hope and hedonism of the crowd on this once-a-year night. His hips bridge the gap, his strong palms running down the sides of my waist, my hips slowly swaying then grinding against him. I feel his erection burning through his jeans, the width and length taking my breath again, making me blush in such a way that I’m glad the lights are dim. I’m both a young girl, naïve and inexperienced and shy as the very touch and proximity to him hurls me toward a sexual awakening, and at the same time I’m an old soul who has found her equal in another, whose body wants to know this stranger intimately, who isn’t scared at what’s transpiring, but is hungry instead. Both of these sides are at war inside me, dancing around each other like a caduceus, until I’m dizzy with my feelings for him. This want, this yearning, this need for something new, something exciting and terrifying, it claws through me until I can’t ignore it anymore. I glance up at Padraig and see only his eyes. Those deep, dark haunting eyes that glimmer with the pulsating lights and yet radiate with something as wanting and wicked as the feelings inside of me. His hands go to the back of my neck and the small of my back. My chin tips up. The rest of the world fades away and I know when it comes back into focus, everything will be different. Everything will change. It takes a moment to change someone. Sometimes it just takes a kiss.

Karina Halle is a former travel writer and music journalist and The New York Times, Wall Street Journal and USA Today Bestselling author of The Pact, Love, in English, The Artists Trilogy, Dirty Angels and over 20 other wild and romantic reads. She lives on an island off the coast of British Columbia with her husband and her rescue pup, where she drinks a lot of wine, hikes a lot of trails and devours a lot of books.

Halle is represented by the Root Literary and is both self-published and published by Simon & Schuster and Hachette in North America and in the UK.

My Life in Shambles is beautifully crafted. Valerie and Padraig have both been knocked down by life. They have had hits come from all sides and need to learn how to start their lives over. Valerie has broken up with her fiance and lost her job in a short span of time. She decides to join her sisters on a trip to Ireland and start to take risks. One of those risks was going home for the night with Padraig on New Years Eve. That night extends when Padraig asks her to be his fake fiancee so his dying father will think he has his life together. Their relationship develops from that lie and they learn to support each other. Both Padraig and Valerie are at pivotal moments in their lives and they chose to grow towards each other. My Life in Shambles is a skillfully crafted and beautifully written story.