Beverly Jenkins is one of those authors that I’ve heard about for years and yet never got around to reading. Until a few weeks ago that is. I couldn’t decide what to read next and was scrolling through the endless books on my Kindle when I came across Destiny’s Surrender. I had bought it one day when it was on sale because it has my catnip plot, secret baby. Even better, the heroine is a prostitute who turns up on the hero’s door with his son that he didn’t know about. The plot peaked my interest when I bought it and peaked it again when I decided that Saturday night to read it. I quickly released that this wasn’t the first book series but by then, I was hooked. Beverly Jenkins bought the vibrant world of 1880’s California to life. I’ll fully admit to not being the biggest fan of American history. I was a history major in college but my area of interest was English Medieval history. When I read historical romance novels, I mostly read Regency with some Medieval, Renaissance or even Roman Britain mixed in. My American historical romances are usually Joanna Shupe’s Gilded Age or the few American historical Western crazyiness of Johanna Lindsey.  That being said, after finishing Destiny’s Surrender, I immediately read the other two books in that series. And then either downloaded or requested from my library the rest of Beverly Jenkins’ backlist. And I have zero regrets. She intersperses historical facts within vivid stories about excellently crafted characters. 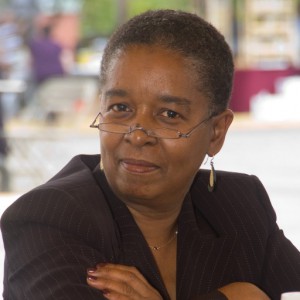 Beverly Jenkins is the recipient of the 2017 Romance Writers of America Nora Roberts Lifetime Achievement Award, as well as the 2016 Romantic Times Reviewers’ Choice Award for historical romance. She has been nominated for the NAACP Image Award in Literature, was featured both in the documentary “Love Between the Covers” and on CBS Sunday Morning.Since the publication of Night Song in 1994, she has been leading the charge for multicultural romance, and has been a constant darling of reviewers, fans, and her peers alike, garnering accolades for her work from the likes of The Wall Street Journal, People Magazine, and NPR.

There was an error retrieving images from Instagram. An attempt will be remade in a few minutes.