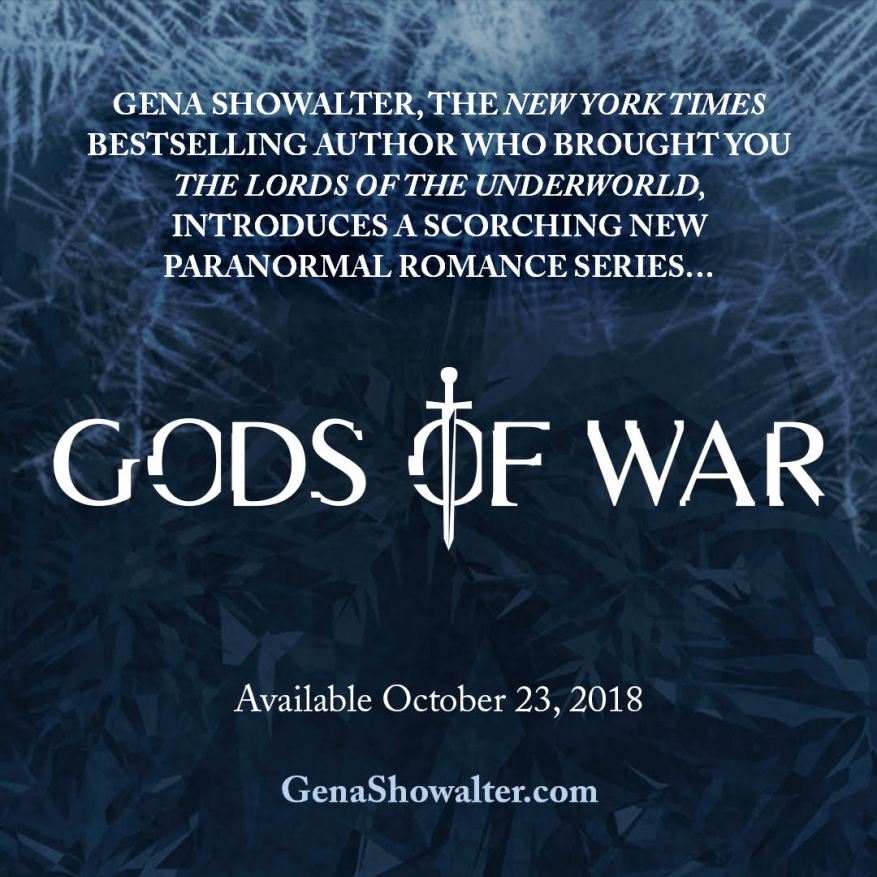 From Gena Showalter, the New York Times bestselling author who brought you the Lords of the Underworld series, comes an all-new, sizzling paranormal romance series, Gods of War. The epic saga begins with book one, Shadow and Ice… In a bid to rule Earth, otherworldly realms send their strongest warrior to fight one another to the death. Soon the whole world becomes a gladiator arena, each combatant using the crushing powers specific to his or her realm against the others. Only, one of those powers freezes them all in ice—for centuries. As the modern earth warms, the ice is melting, the warriors breaking free. But this time they aren’t just fighting for their realms. They’re fighting for their hearts.

Cover Reveal for yesterday’s #StepBackSaturday is Four Nights with a Duke by Eloisa James.
Happy #StepBackSaturday ! Any guesses on this historical romance?
The cover for Jules and Ruben is finally here! How perfect and beautiful is it with the fall vibes? If you’ve been waiting awhile for this second-chance vampire romance, Juliette Cross promises to satisfy.
Cover Reveal for yesterday’s #StepBackSaturday is Beware A Scot’s Revenge by Sabrina Jeffries. This is one of my favorite stepbacks!
Happy #StepBackSaturday ! Any guesses on this historical romance?
My current binge has been the Rules for the Reckless series by Meredith Duran. I actually started with book 5 (not pictured) and then read 1-4. I’m finally up to The Sins of Lord Lockwood which I was so excited for! His story was set up in book 5, and maybe also in another earlier Meredith Duran book? I’m not sure, someone more familiar with her books can correct me. Anyway, loving this series and can’t wait to read more of her books! Her writing style really works for me!