My Fair Princess
The Improper Princesses #1

First, Vanessa Kelly brought readers The Renegade Royals. Now, in a delightfully witty new series, she introduces The Improper Princesses—three young women descended from royalty, each bound for her own thrilling adventure . . .

Despite being the illegitimate daughter of a prince, Gillian Dryden is happily ignorant of all social graces. After growing up wild in Italy, Gillian has been ordered home to England to find a suitable husband. And Charles Valentine Penley, the excessively proper, distractingly handsome Duke of Leverton, has agreed to help transform her from a willful tomboy to a blushing debutante.

Powerful and sophisticated, Charles can make or break reputations with a well-placed word. But his new protégée, with her habit of hunting bandits and punching earls, is a walking scandal. The ton is aghast . . . but Charles is thoroughly intrigued. Tasked with taking the hoyden in hand, he longs to take her in his arms instead. Can such an outrageous attraction possibly lead to a fairytale ending? 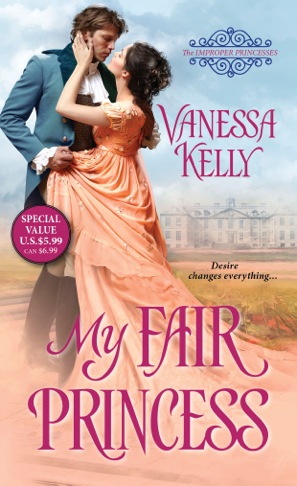 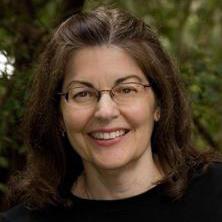 Vanessa Kelly is an award-winning author who was named by Booklist, the review journal of the American Library Association, as one of the “New Stars of Historical Romance.” Her Regency-set historical romances have been nominated for awards in a number of contests, and her second book, Sex and The Single Earl, won the prestigious Maggie Medallion for Best Historical Romance. Her current series, The Renegade Royals is a national bestseller. Vanessa also writes USA Today bestselling contemporary romance with her husband, under the pen name of VK Sykes.

Rafflecopter Giveaway (a Grand Prize winner to get a $25 Amazon gift card;  and four runners up to receive a copy of CONFESSIONS OF A ROYAL BRIDEGROOM and HOW TO MARRY A ROYAL HIGHLANDER.)

Her grandmother let out a heavy sigh, and even Griffin shook his head. The duke, however, simply regarded her with a perfectly unruffled manner, as if she were some recently discovered species, only vaguely interesting. Gillian began to get quite a bad feeling that she’d finally met her match.

She’d been hearing for weeks how Leverton was the key to solving Gillian’s little problem, as her family called it. According to them, he was perfectly suited to guide her into society’s good graces, and perfectly capable of managing away even the most troublesome elements of her background.

He must be a bloody perfect miracle worker, if that was the case.

As she cautiously eyed him, she couldn’t help concluding that he did seem rather perfect in some respects. He was certainly prettier than she was, with thick, tawny-colored hair, striking blue eyes, and a face straight off a Greek statue. And he was certainly a good deal more stylish than she was, although that was true of almost anyone. But even she could appreciate the way his beautifully tailored coat showcased his broad shoulders, and how his breeches clung to his muscled legs with nary a wrinkle. As for his cravat, it was practically a work of art.

In fact, he was so damn perfect it made her stomach hurt. She’d been drawn in by perfection before, and it had almost ruined her.

“Stop trying to shock us, Gillian,” her grandmother said. “You know quite well it won’t work.”

“Au contraire, Lady Marbury,” Griffin said. “I find myself quite riven with horror.”

He flashed Gillian the conspiratorial smile that always made her feel someone truly did understand her. And, more important, Griffin didn’t find her wanting, unlike apparently everyone else in London. She couldn’t wait to shake the dirt of England from her boots and return to Sicily—the sooner, the better.

Gillian frowned. “I am? About what, exactly?”

He slowly crossed the room to her. He didn’t prowl, precisely, but something in the way he moved made her think of . . . a wolf, perhaps. Slipping silently through the night as he hunted in silence.

Leverton’s height forced her to tilt back her head to meet his gaze, and she found herself staring into eyes a beautiful shade of cobalt. She had to admit they were really quite amazing.

“Please believe me, Miss Dryden, when I say I meant no insult. I was merely surprised by a few details regarding your situation. It caused me to forget my manners.” A glint of amusement lurked in his gaze.

Her stomach twisted at the notion that he might be laughing at her. But when he smiled, her stomach seemed to untwist and start dancing with butterflies.

“Come, my dear girl,” he said in his beautifully cultured voice. “I beg you to forgive me before I’m compelled to do something drastic—like throw myself at your feet. That would be embarrassing for both of us.”

Leverton ignored the aside, keeping his attention on Gillian. Her heart began to thump and heat crawled up her neck. “Oh, very well,” she grumbled. “I forgive you.”

“You are most gracious,” Leverton said. “Now, perhaps we can start over and leave all this awkwardness behind.”

“What a splendid idea,” Grandmamma said. “Your Grace, my granddaughter, Miss Gillian Dryden.”

The duke bowed as if she hadn’t just tumbled through the door, and as if they hadn’t just spent the last few minutes insulting each other.

“Gillian, I have the pleasure of introducing you to the Duke of Leverton,” Grandmamma added.

“Good Lord. I know who he is,” Gillian replied, not hiding her exasperation.

“Then make him a curtsey, my dear. A proper one.”

Repressing the urge to roll her eyes—one curtsey was as good as another, as far as she was concerned—Gillian dipped down and quickly came up.

Leverton’s eyebrows ticked up. On him, she rather expected it was the equivalent of a horrified gasp.

Well, nobody ever said she was graceful, at least when it came to that sort of silliness.

“It’s all nonsense, if you ask me,” Gillian said. “All this bowing and scraping like a peasant before his master. Perhaps you’d like me to polish your boots while I’m at it.”

His disapproving gaze made her blink, and she almost took a step back. This was a man who did not like being crossed.

“Gillian Dryden, you will cease acting like heathen,” her grandmother rapped out.

“I had no idea you had revolutionary tendencies, Miss Dryden,” the duke said. “How very interesting. And no, I would not like you to polish my boots.  My valet would not approve.”

Now he sounded bored. And if he was bored, he would be more likely to go away and leave her alone. Splendid.

Still, she couldn’t help feeling irked by his dismissive tone and demeanor. The Duke of Leverton was certainly a snob and probably a fop. She didn’t know which was worse.

“Why would you think I have revolutionary tendencies, sir?” she added in a sugary-sweet voice. “Is it because I think I’m as good as anyone else, despite my unfortunate social status?”

Gillian braced herself for the expected put-down. She’d grown used to being labeled a prince’s by-blow, or worse. It was best to simply accept it and then do her best to avoid anyone who looked down on her because of her parentage. She’d learned that hard lesson a long time ago.

The duke studied her for a few moments before replying. “Of course you are.”

“As good as anyone else. Any sensible person must think so,” he said.

“That eliminates most of the ton,” Griffin said.

Leverton seemed to weigh her brother’s droll comment. “I believe your assessment is too pessimistic, Steele. Shall we say, perhaps fifty percent?”

The exchange was so silly that Gillian had to laugh. Leverton’s eyebrows ticked up again, but not, she thought, with disapproval. Then he flashed her another dazzling smile that made her feel like the floor had just tipped sideways.

“That’s much better,” he said.

She shook her head, exasperated. “I don’t understand any of this.”

I finished The Viscount Made Me Do It by Diana Quincy last night and really enjoyed it!
Cover Reveal for yesterday’s #StepBackSaturday is A Breath of Scandal by Connie Mason!
Happy #StepbackSaturday!
Happy #CoverLustFriday from my favorite purchase of the week! I took a risk on an eBay purchase and freaked when it was the original cover of Vivid by Beverly Jenkins!
I’m not gonna lie, some of the clinch covers of IAD are not the best. Bowen doesn’t really look like a romance hero and this pose does nothing from Mari. I’m not usually a fan of new covers but I actually think the newer one is better. Either way, I’m enjoying my reread for bookclub this week!
I’m a few days behind from release day but seriously, you need to check out Last Guard. My review is up on the blog! I honestly can’t pick a favorite from the Trinity series but this one is definitely up there!