Love Between the Bases #3 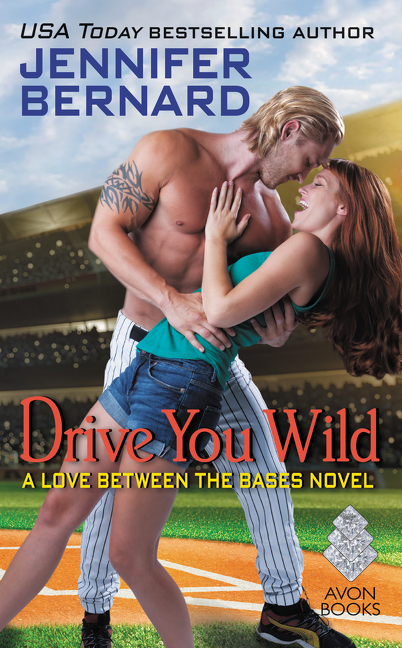 Kilby Catfish left-fielder Trevor Stark is a ballpark legend. With his good looks, hitting records, and played-for-the-fans arrogance, Trevor makes women lose their minds and men lose their cool. But every time the major league team comes calling, Trevor purposely keeps himself in the tiny Texas town. Why is heart-tuggingly top secret. Until the team owner’s daughter comes to Kilby . . . trying everything up her sexy sleeve to make Trevor talk.
Divorced and disillusioned at twenty-four, Paige Mattingly Austin Taylor is suddenly starting fresh as an intern at Catfish Stadium. She should want nothing to do with the sinfully hot ballplayer her dad warned her to stay away from. But when she discovers what Trevor is hiding from everyone, she realizes there’s much more to him than his face and multi-million-dollar arm. There’s a heart she seriously hopes to win.

“Are you afraid of the mighty Crush Taylor?” She took another step closer. “He’s not as bad as he seems, you know.”

“I’m not afraid of him.” He placed his hands on her shoulders to keep her from coming any closer. Her warmth carried into his skin, into his being, as if it was igniting him from within.

“And I’m not afraid of you.” She ducked underneath his hands in a quick move right out of the NBA. He took a step back and his calves hit the bench situated next to the lockers. She reached out in apology and suddenly they were right smack against each other, chest-to-chest.

Fire flashed down his spine, hot and urgent. He hauled her against him—oh, sweet Lord, she felt good. Soft and firm and shapely and alive and fresh and . . . then her mouth was under his, her lips parting, her breath warm, her flesh lush and sweet. It wasn’t a kiss so much as a head rush.

Paige posted the first series of “Baseball’s Hottest Outfield” photos on the team’s Facebook page the next day. A few hours later a thousand people had clicked Like. Not only that, but the viewership of the page soared. It was shared all over the Internet, on Pinterest, on Twitter, on Instagram. It wasn’t just that the three men were criminally gorgeous. A big part of the appeal came from their racial mix and the blend of personalities. Trevor the stone-cold badass, Dwight the dynamic charmer, and Shizuko, the soulful rock star.

Paige knew it was all a crock, of course. Trevor wasn’t stone cold, Dwight wasn’t playful all the time, and Shizuko could outcrude most of the clubhouse, and that was saying something. But once those identities became set, people loved them. They were like cartoon characters instead of real people.

At the next game, the crowd roared when the outfielders took their positions on the field. Fans held up even more signs than they normally did. From the owner’s box, Paige scanned the crowd with her binoculars and read the signs out loud to Crush.

“ ‘Kilby Hearts Baseball’s Hottest Outfield.’ Thank you very much, we heart you too! ‘We make ’em hot in Kilby, Texas.’ That might be taking a little too much credit. None of them are from here.”

I enjoyed reading this book. To be honest, it took me a little while to get into it but once I did, it was a quick and fun read. Paige was an intriguing heroine, a young woman fresh out of a divorce. It could have been easy for Trevor to be a rebound but their relationship developed past that. It took me longer to warm up to Trevor. He was too adapt at letting past scars control his life. However, it was extremely satisfying to see both characters overcome their past and form a loving relationship.