The Hackers Series by Meredith Wild

I received a free copy of Hard Love to review a few days ago. That was my push to read the entire Hackers Series. I actually met Meredith Wild at BookCon and at the Romance Reading in Bryant Park this year. But getting a copy of Hard Love was the push I needed to read the series. I was going to review each book separately but
I read the whole series in three days and I honestly have no idea what happened in which book. So I’ll review Hard Love separately but will include the rest of the series in this review. With that being said, there will be spoilers as the plot of the four books follow the same couple, Erica Hathaway and Blake Landon. 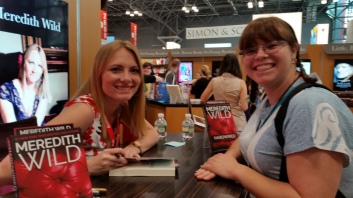